I've never really thought of myself as fashionable in any sense-- I can count every pair of shoes I own on one hand, own no makeup at all, and pick up clothing staples at the local Goodwill on half-price days. But I did teach myself how to sew a few years ago (upon discovering that "business casual" clothes were either my size or affordable, but never both), and moving to Berkeley has given me the freedom to make things that are a little more colorful than what I wore in Chicago. The discovery of Spoonflower also opened up new possibilities in geek-wear.

So, for those who are curious, here's some "metadata" to go with this week's attire. 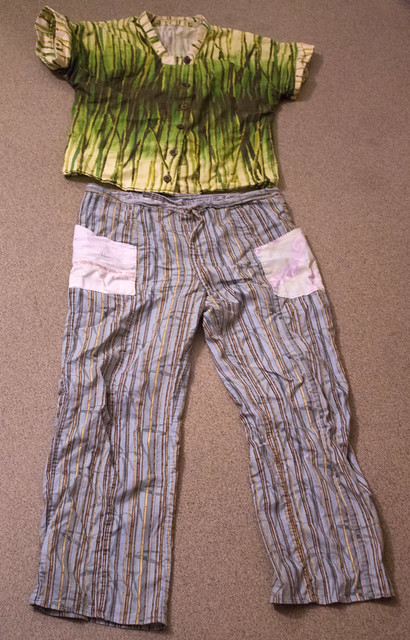 Presenting on Bamboo at the DARIAH workshop, I figured I should wear the two bamboo-patterned pieces of clothing I sewed while the project was still alive and well. 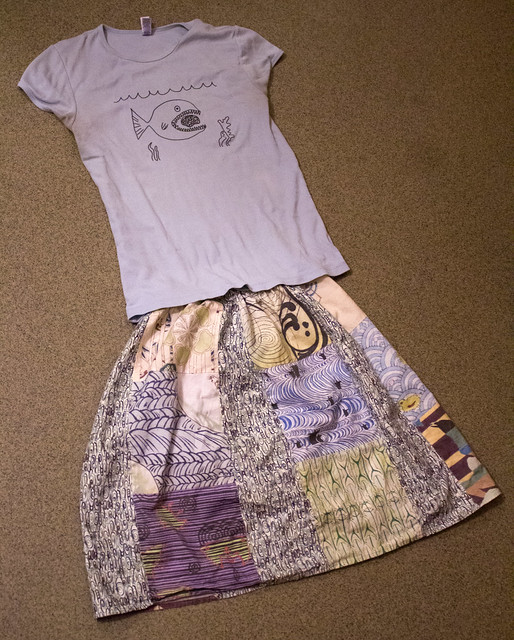 The shirt design is from a whiteboard at the University of Chicago, and depicts one of the two iconographies of the UChicago-student relationship (being eaten). The squares in the skirt are from a 1901-1902 Japanese design magazine, Shin-Bijutsukai, which I found in the Public Domain Review. I downloaded the images from the Internet Archive, cleaned them up, and had them printed at Spoonflower as fabric swatches. 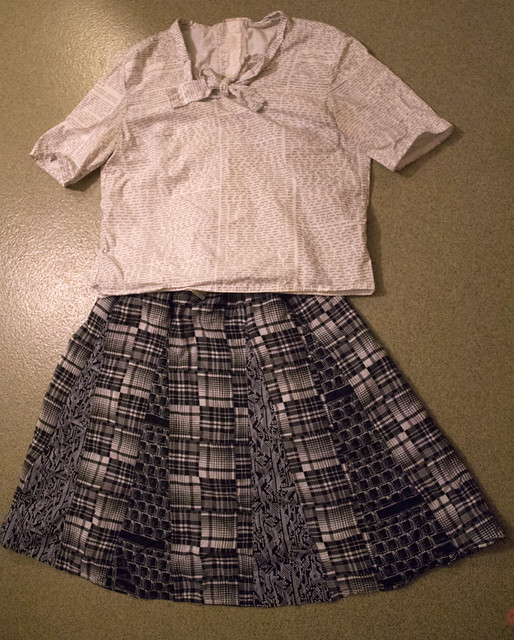 The top is from Spoonflower. I scanned a particular data set from the Bulgarian Dialect Atlas. There's also a matching skirt that has the maps that correspond to that data set. The main fabric of the skirt is something I found on the side of the street in Berkeley. The two fabrics I added are scraps from a pair of pants (the circuits) and a digital Slavist shirt. 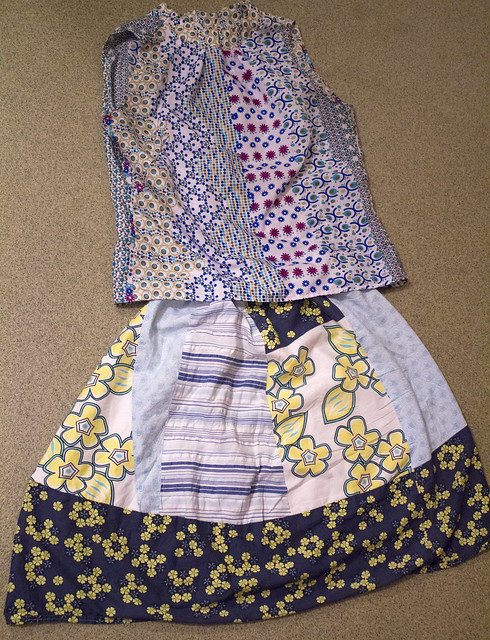 I sewed the top and skirt, though there's nothing particularly geeky about the top. The skirt has scraps of a fish eats brain fabric 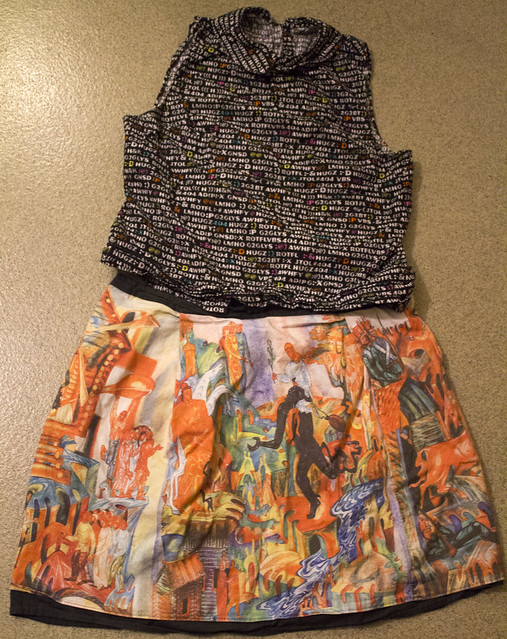 Because I mistakenly counted Monday separately from Sunday (my flight left Sunday night from SFO, which was already Monday in Lausanne), I had an outfit to spare. The top is supposed to be internet slang, albeit a combination of obscure and completely sanitized variants, probably intended for purchase by a a middle-aged person trying to sew something hip for their kid. So, there's things like "HUGZ", "LMHO" (H, not A), "JTOL#404" (to which I say, WTF?), "AWHFY", etc. The skirt is illustrations from Russian fairy tales, with horrible things happening to people. I tend to wear it when I've got an unpleasant meeting to attend.